A Day at the Show

My friend Tracey and I went to the Abbotsford Air Show on a gorgeous Friday summer day. She received some tickets from a friend for the VIP tents - an all inclusive kind of day. We arrived there at about 11:00 am all fresh and ready to start what was about to become "our adventure"... 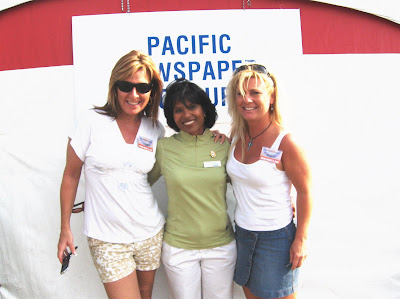 Here we are with our lovely host, Shakuntla, from the Pacific Newspaper Group. 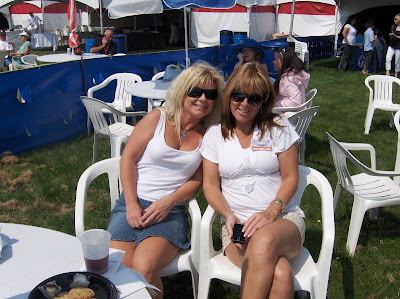 The show started out with parachuters garishing Canadian flags and one jumper with an American flag. 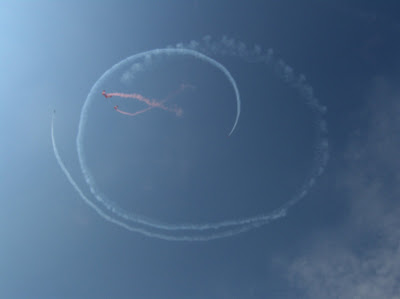 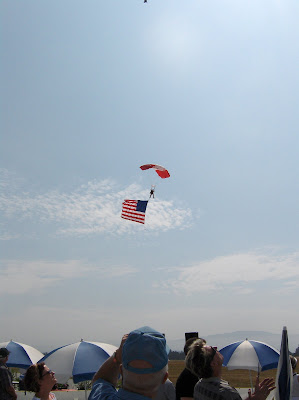 After the opening ceremony, we decided to go "walk-about" and check out some of the other tents. We didn't go too far as we saw that directly to the right of us was the Snowbirds' and Thunderbirds' tent. We mustered up some courage and walked in. Well well well... we found a volunteer to take a photo with us. I took a picture of Tracey with her phone, so I don't have it here. 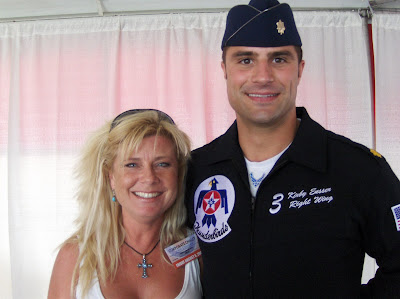 After speaking with Thunderbird pilot, Kirby, for a while, we spotted Major Charla... the totally amazing OBGYN surgeon and F16 pilot! What a personable, accomplished young woman - we were so impressed and asked her every question we could think of. The Thunderbirds getting ready to display their talents: 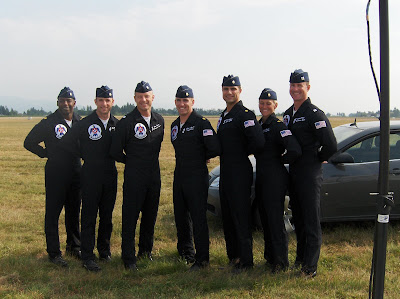 After their show, the Snowbirds were up: 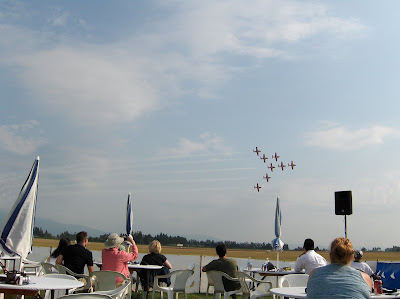 Hmmm... we decided to stay close to "home" and wait until the Snowbirds were finished to get their autographs. I found one here and asked him to sign his autograph on my skin (he he he). No go... apparently they don't do that - or sign flags either... So, he signed my name badge. (awe... c'mon!) 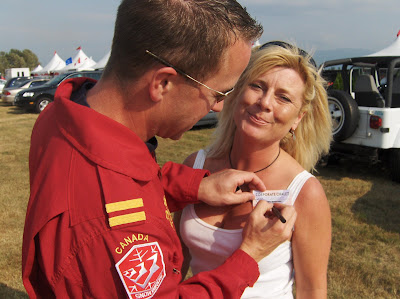 As the afternoon progressed, we became mission oriented and were having a blast seeking out the men in uniform for photo ops! 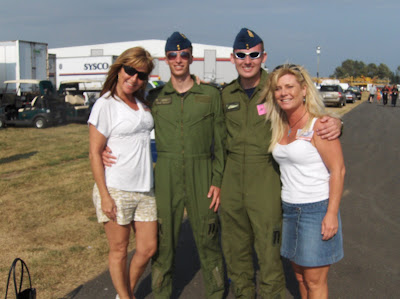 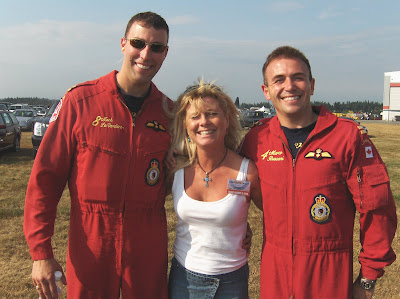 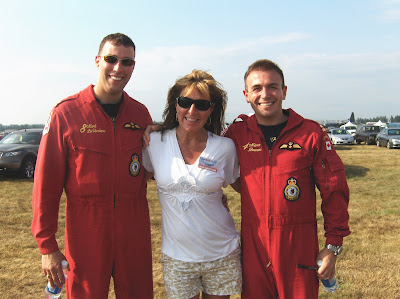 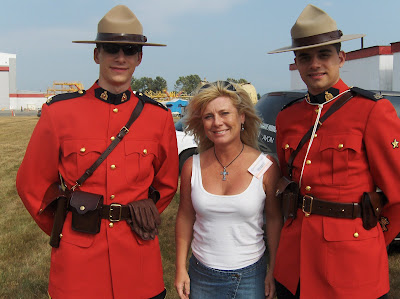 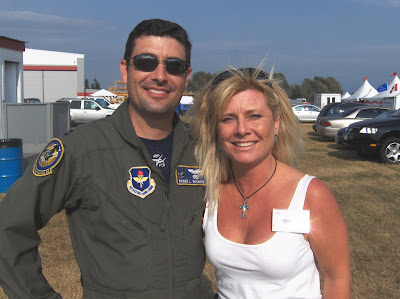 ALAS! A man brave enough to ink my skin with his autograph! Too fun! 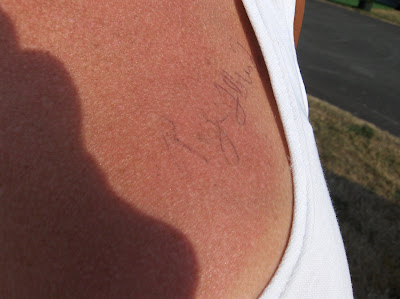 Tracey had her thigh autographed! He made our day... apparently we made HIS too! 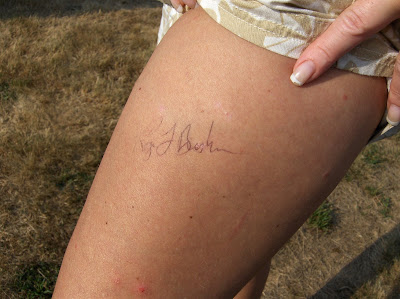 OK...next mission: see what other tents we can get into! We went to the President's Club tent and tried to walk in like we owned the place. 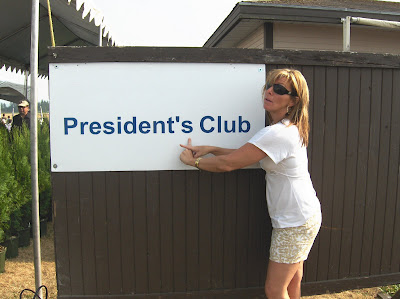 Good try, but we were asked for ID pretty quickly (darn!)... shoed away like common people! (lol) Next... why not try the Executive Club tent. 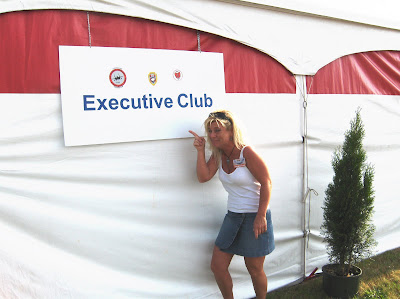 Well... we tried. One thing that was a "for sure": we had a great time! We're looking forward to more silly, youthful adventures - hopefully we'll never stop being young!

Posted by CHRISSANDRA UNGER at 8:20 PM 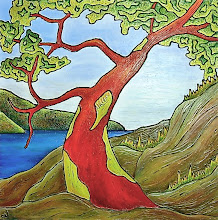